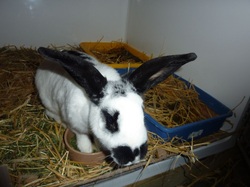 Is an English Chequered cross.  She is the mother of Crumble and Lauren who also came into the rescue.  She had an interesting early life in that she was taken by her previous owners to be neutered but the vet could not find her uterus.  It was thought that she had not developed proper sex organs.  However, in later months, she had 2 litters!!   Since arriving at the rescue she has been neutered without any problems.  As of November 2010 she is reserved and is due to be introduced to a French Lop called Stanley at the end of November. 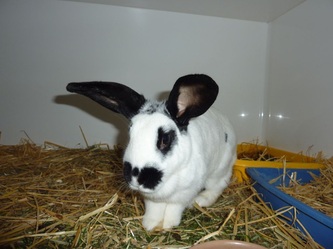 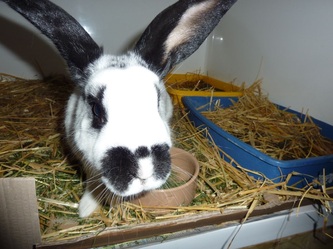