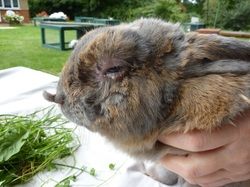 These two boys came to us via the RSPCA inspector. They had obviously been kept together and being unneutered males they had fought and bitten each other quite severely.  Arthur got his name because 50% of his nose was hanging off (i.e. half a nose ha! ha!)  On a serious note Arthur also has a nasty bite above his eye which is currently being treated.
Until he is given a clean bill of health he cannot be rehomed.  You will see from the photos that his fur was badly matted, and this hid the bite wounds.
Many hours have been spent grooming him as it is important for rabbits to have knot-free fur.His brother doesn’t have a name yet.  Although he had a lot of bite wounds they were superficial and he is recovering quickly.
They were separated when they came to us and after a course of antibiotics they were neutered in mid September.
Their story shows what unneutered will do to each other.
(Please Note: Bramble has now been rehomed with Berry) 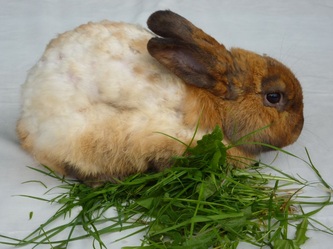 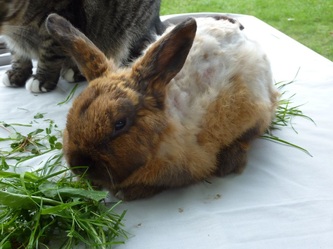 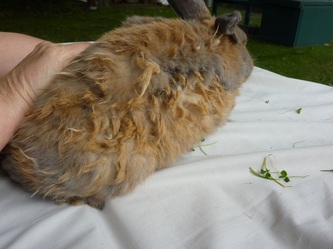