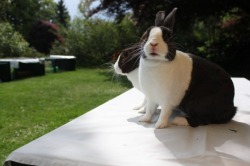 Truffles was born in 2001.  He was originally rehomed in early 2005.  His partner died in 2008 and his owners didn’t want to take on another rabbit.  Rather than allow Truffles to live on his own we agreed to take him back.  He is a chocolate and white Dutch rabbit with a lovely nature.  He has a touch of arthritis so he sometimes prefers to walk rather than hop about the run.  However, he is still inclined to have the occasional binky when in the mood.

Also in the photo is Louis who came to us in July 2008 after he was ‘rescued’ by  a member of the public from a country show where rabbits were being sold.  His front teeth were sticking outwards so no one would buy him and the sellers said they’d let the dogs play with him unless he found a home!

All of Louis’ incisors were removed in Sept 2008 and after that he became Truffles’ full-time friend.  They got on together from day one and gave each other companionship until sadly Louis had to be put to sleep in November 2011 after suffering from breathing problems. 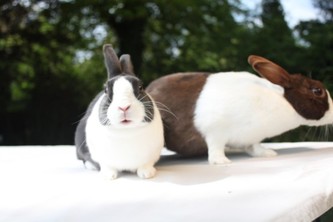 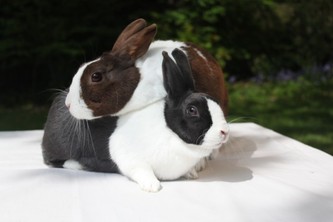 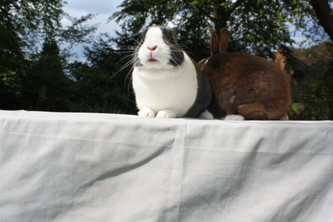 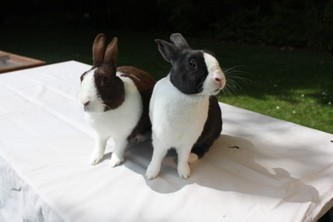 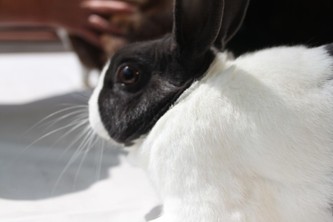 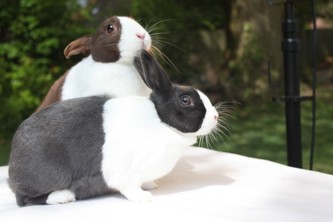